Gluten vs. Gliadin: What you weren't taught in school

When it comes to exploring why wheat is such a notorious culprit in the GI and extra-intestinal GI presentations casting a wide net can be critical. With upwards of 30 percent of the general population genetically predisposed to Celiac Disease (CD), a mere 3 percent are reported to develop this disease, leaving it largely underdiagnosed.

Part of the variability and susceptibility of manifesting CD and Non-Celiac Gluten Sensitivity (NCGS) arises in how a given individual digest and handles immunologically the gliadin prolamin (from gluten) and related prolamins (from wheat, barley, and rye). These prolamins are primarily resistant to complete digestion by human digestive enzymes.

In the webinar we will cover: 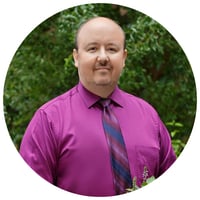 Dr. Chris Meletis is an educator, international author, and lecturer. His personal mission is “Changing America’s Health One Person at a Time.” Dr. Meletis has authored 17 books and over 200 national scientific articles in journals including Natural Health, Alternative and Complementary Therapies, Townsend Letter for Doctors and Patients, Life Extension, and Natural Pharmacy.​

Dr. Meletis served as Dean of Naturopathic Medicine and Chief Medical Officer for 7 years for the National College of Naturopathic Medicine (now the National University of Natural Medicine). He was awarded the 2003 Physician of the Year by the American Association of Naturopathic Physicians. He has a deep passion for helping the underprivileged and spearheaded the creation of 16 free natural medicine healthcare clinics in the Portland metropolitan area of Oregon. ​Dr. Meletis serves as a consultant to US BioTek on the clinical application of its laboratory tests. The views expressed are his own. ​